Great work by our friend from Fostoria, Jim Bailey! 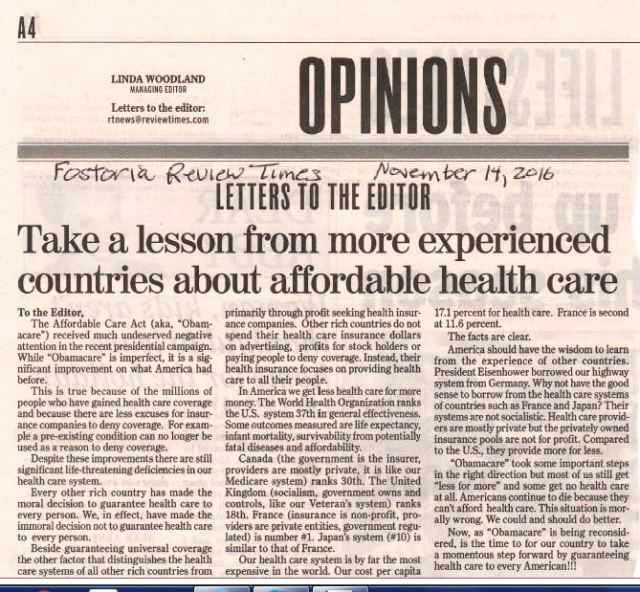 Pax Christi member Jim Bailey’s letter to the editor was published in the Review-Times on Nov. 14.  His analysis of the healthcare issue is outstanding.  Keep this letter for reference as the new administration attempts to “reform” the system.  Thanks, Jim!

The Affordable Care Act (aka,”Obamacare”) received much undeserved negative attention in the recent presidential campaign.  While “Obamacare” is imperfect, it is a significant improvement on what America had before.  This is true because of the millions of people who have gained health care coverage  and because there are less excuses for insurance companies to deny coverage.  For example a pre-existing condition can no longer be used as a reason to deny coverage.

Despite these improvements there are still significant life threatening deficiencies in our health care system.