Hope being sucked out of America

Jim Sherck, a member of Sandusky County Citizens for Affordable Healthcare, wrote the following letter to the editor, published in the Toledo Blade on July 2.  His story is a good one to ponder this week as the Ohio General Assembly decides whether or not to freeze Medicaid expansion in Ohio.  Note that the story he tells takes place in Florida, a state that does not have Medicaid expansion.  Let’s not bring the hopelessness he describes back to Ohio!  Call Rep. Reineke and Sen. Burke (800-282-0253) today and tell them to protect our Medicaid expansion.  No veto override.

Hope being sucked out of America

I am a retired judge who served 23 years at both the trial and appellate court level.

During my judicial career, I witnessed a great deal of human misery. Nothing in the judicial system, however, prepared me for what I saw when I recently ended up in a Lehigh Acres, Fla., urgent care center.

Every few minutes, someone would come in the door. The receptionist would ask if the person had an insurance card. If the person did, he was told to have a seat and fill out the questionnaire. If he did not, he was told no service could be provided, and he would have to vacate the premises.

Many of these folks had their spouses with them; some had small children. Most were obviously in great pain. Many exhibited limited physical mobility.

But they all had one thing in common: You looked at their faces and everything had been sucked out of them. There were no discernible facial effects. They had no hope, no joy, no prospects. They were empty.

This is America. How can we allow this to happen? Now, Congress wants to eliminate health coverage for millions of Americans who currently have coverage.

If you agree that health care is a human right, and this is a moral issue, then make your views known to Sen. Rob Portman now. 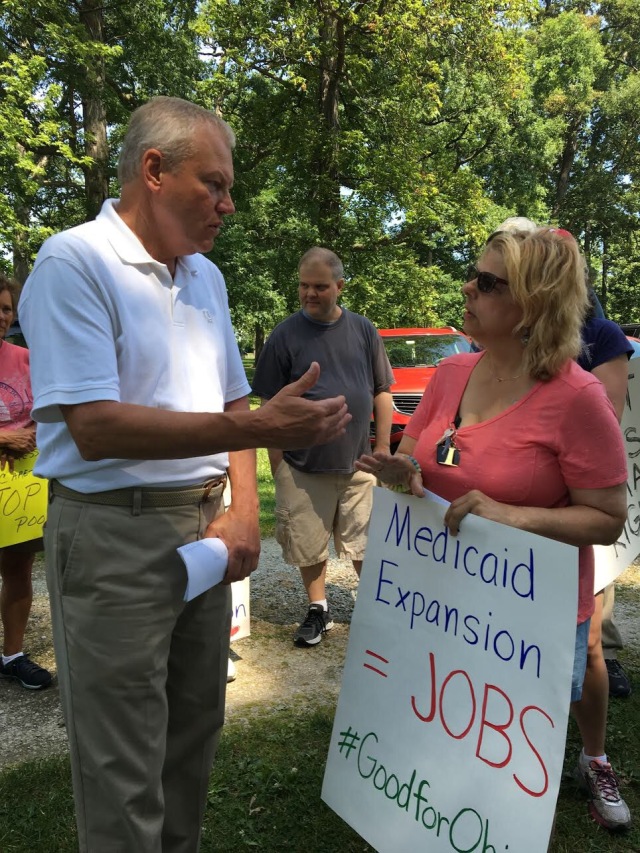